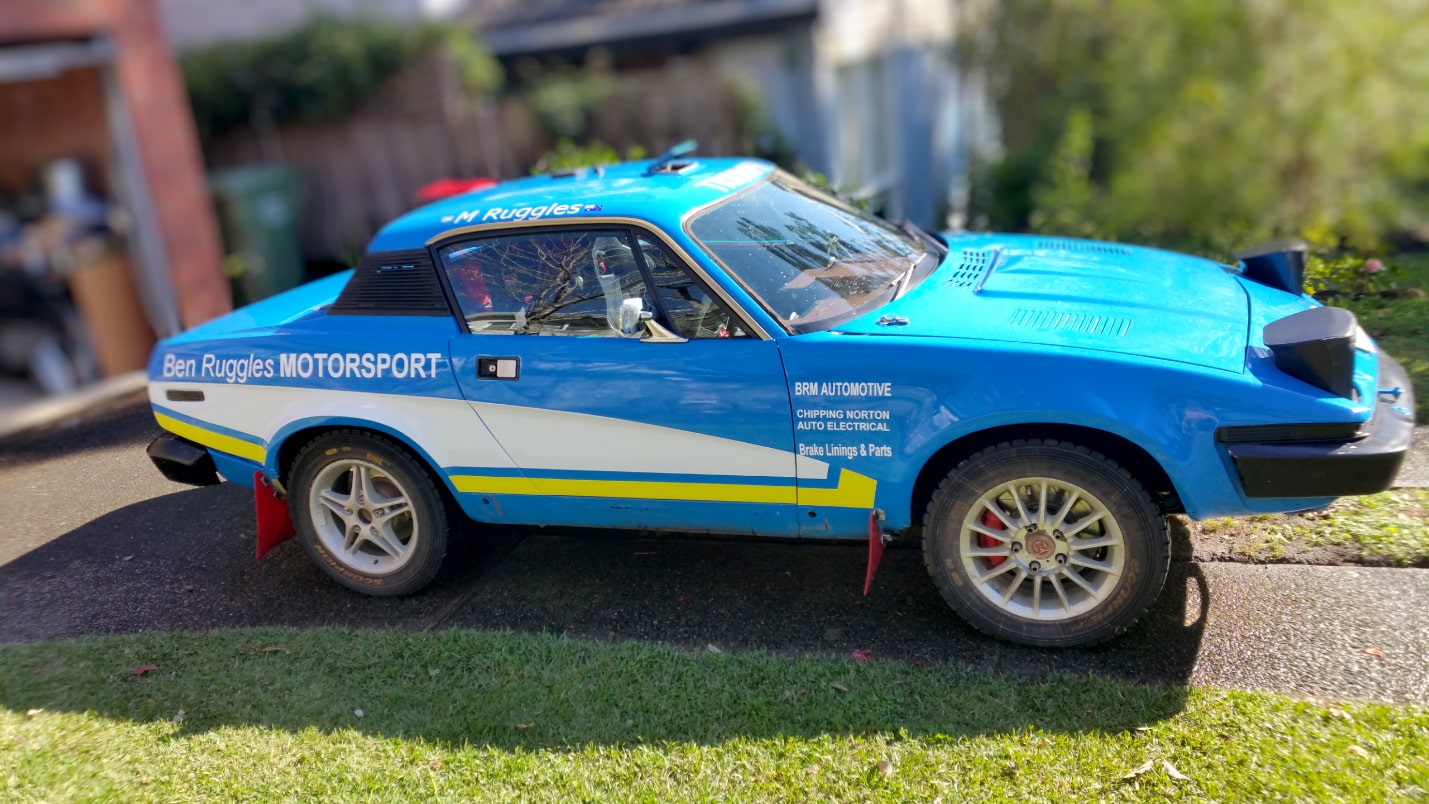 It’s an all family affair for the team with lead engineer and major sponsor Ben Ruggles heading up the team, Matt Ruggles driving and son Guy Ruggles in the co-drivers seat. They also have their adopted brother, ‘Pommy’ Paul Beaston on the Service Crew.

Matt is no stranger to rallying, having 40 years of driving experience under his belt. He won the inaugural NSW Classic Rally Series in 2006 and is eager to secure another good result in the two-wheel-drive category at the Rally of the Bay.

The Group 4 Triumph would normally be contesting the East Coast Classic Rally Series (ECCRS) and selected national events, but will be dedicated to the Clubman Series this year with two trips to the NSW South Coast region.

“Things are starting to shape up well for a return to rallying after these COVID restrictions,” Matt Ruggles said. “As well as the Clubman Series, we’ll also be doing some other events this year. We’re members of North Shore Sporting Car Club who run a bunch of rally events, so where we can we like to do those,” Matt added.

The team will return south to Narooma for the second round of the Clubman Series in August. This event will officially mark 40 years of rally competition for Matt, who entered his first rally as a driver at the Narooma Booma Rally in a Mitsubishi Colt 1100 SS.

In a return to Matt’s original rally marque roots, the team has also recently purchased a Mitsubishi Lancer Evolution 3. The EVO sits in the wings waiting for other selected events to give the team a taste of some 4WD fun in 2020.

Normally the Ruggles family would be working as stage commanders for the AMH Automotive Group Rally of the Bay, so this year will be a change of pace for the team.

“We’re really looking forward to competing on the great roads the Bay has to offer and of course, the usual exemplary stewardship of the north Shore Sporting Car Club who run this event. We can’t wait,” Matt Ruggles concluded.

The AMH Automotive Rally of the Bay will be conducted in the Forest surrounding Batemans Bay on the 4th of July.