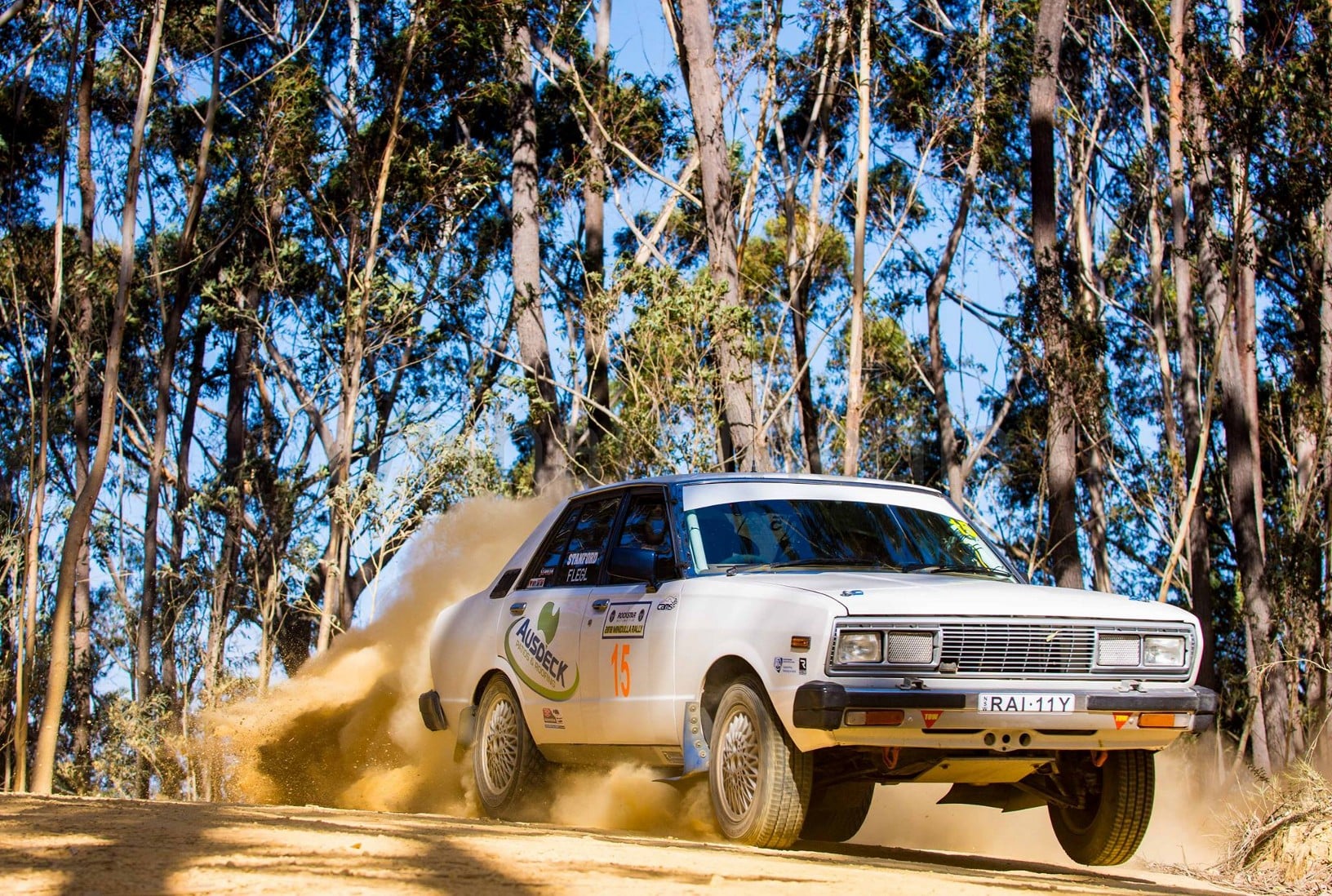 Stanford Motorsport are preparing their Datsun Stanza and getting ready for the Techworkz Automotive NSW Clubman Rally Series, which kicks off this weekend at the AMH Automotive Group Rally of the Bay.

Driver Dennis Stanford from West Nowra will be joined by Sydney based Co-Driver, Tim Woods for the 2020 running of the Rally of the Bay and the team are hoping for a good result in their first event for the season.

“We won the Clubman Rally series in the same Datsun Stanza that we run now, back in 2010,” Stanford said. “This year we’re looking to do the full Techworkz Automotive Clubman Series in the Stanza, and hopefully we’ll do well again,” he said.

“It’ll be good to get back out there again after these COVID restrictions,” Stanford added.

Stanford has been involved in rallying for over 30 years and it’s not just him that loves motorsport, his whole family are involved, being active members of the local car club, the Shoalhaven and Kiama district Automotive Club (SKADC).

The Team were last at the Rally of the Bay in 2019 and this rally is a favourite for the team. Stanford enjoys the well maintained and flowing forestry roads and particularly enjoys the long, 44km ‘Run to Mogo’ stage.

Stanford’s best recent result was finishing the 2018 Narooma Forest Rally in 10th and believes the LA Lancer team of Ron and Steve McKinnon as his biggest rival at the Batemans Bay event.

Stanford puts the success of his rally team down to consistency and reliability with the car being tuned by Datsun specialist, Stewart Wilkins from SW Motorsport. The team is also supported by Ausdeck Nowra, Fair Dinkum Removals Nowra, and Balance Motorsport Australia Rally Light Pods.

“I’d like to thank Tim Woods for stepping up and co-driving for me at the Rally of the Bay and also a special thanks to Steve Barry from Sanitar Shoalhaven and his family for putting their hands up to service for me,” Stanford concluded.

The AMH Automotive Group Rally of the Bay will be held on the 4th of July, starting at 8:45am in Batemans Bay.