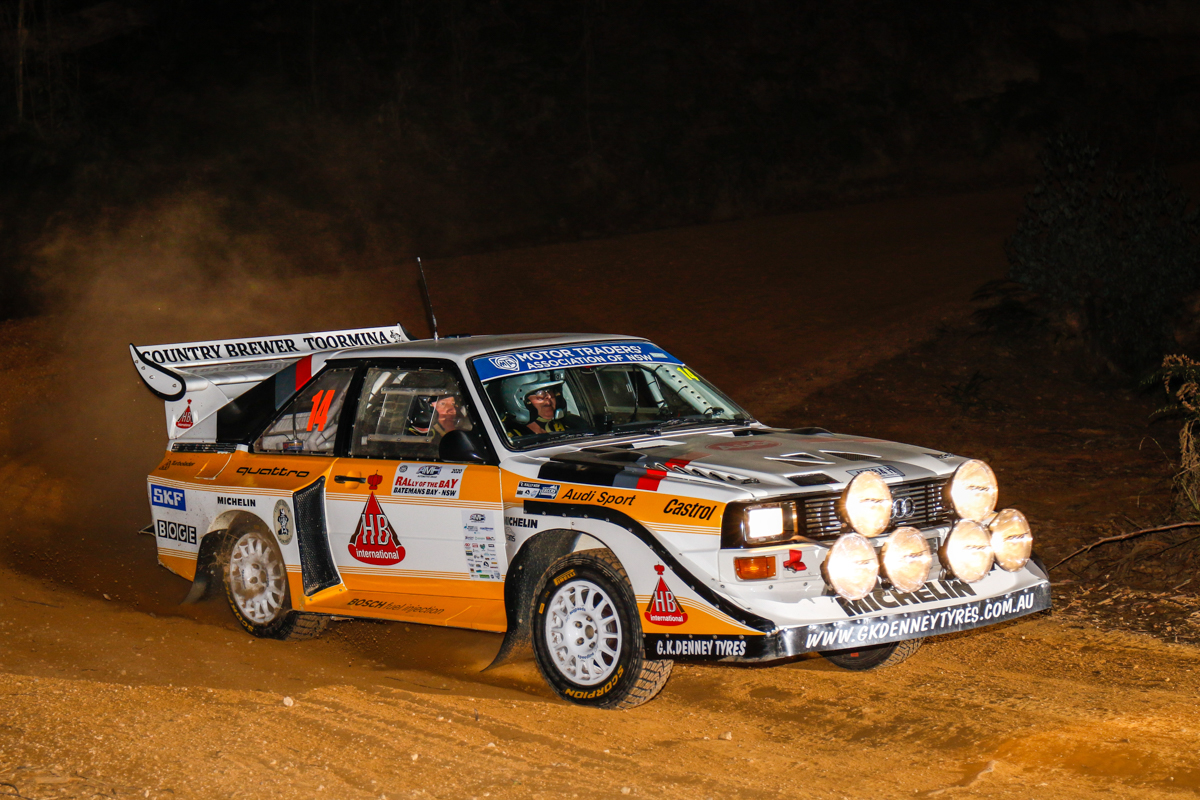 Almost 60 entries have so far been received for the 2021 AMH Automotive Group Rally of the Bay, less than a week after entries were officially opened for the popular event based in the Eurobodalla Shire, on the NSW South Coast.

The event has a maximum field of 90 and with many outright contenders on the list, the rally is going to be a spectacular show with several teams capable of winning.

The rally will be the second round of the MTA NSW Rally Championship, after the Bega Rally was forced to postpone its event in June. The event will also be a promotional round of the Motorsport Australian Rally Championship (ARC). It is expected that many ARC teams will use the event as a test before their next championship round gets underway in Tasmania later in the year.

The list of outright contenders for the NSW Rally Championship is headed by former Australian Rally Champion and 2019 East Coast Classic Rally Series winner Nathan Quinn with Ray Winwood-Smith in the Co-driver’s seat. Quinn won the opening round of the NSW series and will be looking to make it two in a row.

Another contender for victory in the NSW Series is Richie Dalton and Dale Moscatt in a Neal Bates Motorsport Toyota Yaris AP4. The pairing from Sydney have won the event in the past and will be looking to improve their 2nd outright position in the NSW Championship.

Whilst Chris Higgs is yet to enter the rally, it is expected that he and co-driver Steve Fisher will be lined up at the start to defend and improve on their third outright position in the NSW Championship. Higgs will be driving his Mitsubishi Lancer EVO 6 and is just 3 points behind Dalton.

Other teams capable of winning the NSW Championship component of the event include Tom Clarke and Ryan Preston in a Mitsubishi Lancer EVO 9 and last year’s champions Tony Sullens and Kaylie Newell in a Subaru WRX.

The Promotional ARC status of the event has also attracted the Toyota Gazoo Racing team of Harry Bates/John McCarthy and Lewis Bates/Anthony Mcloughlin who have both entered in Toyota Yaris AP4’s. Luke Annear and Andy Sarandis are also entered in their Ford Fiesta R5.

The Activ Rallysport Team from Melbourne is also sending a contingent of drivers including JJ Hatton/John Allen in a Hyundai i20 G4 and Troy Dowell/Bernie Webb in a Volkswagen Polo.

Rally fans are also in for a treat with Tom Dermody and Eoin Moynihan entered in the Ford Escort RS1800. They headline the many classic cars that are older than 30 years showing up for the East Coast Classic 2WD Rally Series. But they will have stiff competition from the likes of Andrew Penny and Rhys Llewellyn in a Nissan 240RS, who have swapped from their Subaru WRX after an accident at the previous round of the ARC.

Mal Keough and Jacci Sharkey are entered in the ever-spectacular Audi Quattro S1 and will be the first of the East Coast Classic 4WD Rally Series cars to start the event. Keough is leading the 4WD ECCRS and is also sitting in 5th position in the NSW Rally Championship.

“It’s great to see so many entries in the first week”, said Event Manager Nigel Bland. “We’re really looking forward to seeing who else enters, and we’re likely to have a full field of 90 cars so it’s going to be quite an exciting event”, Bland added.