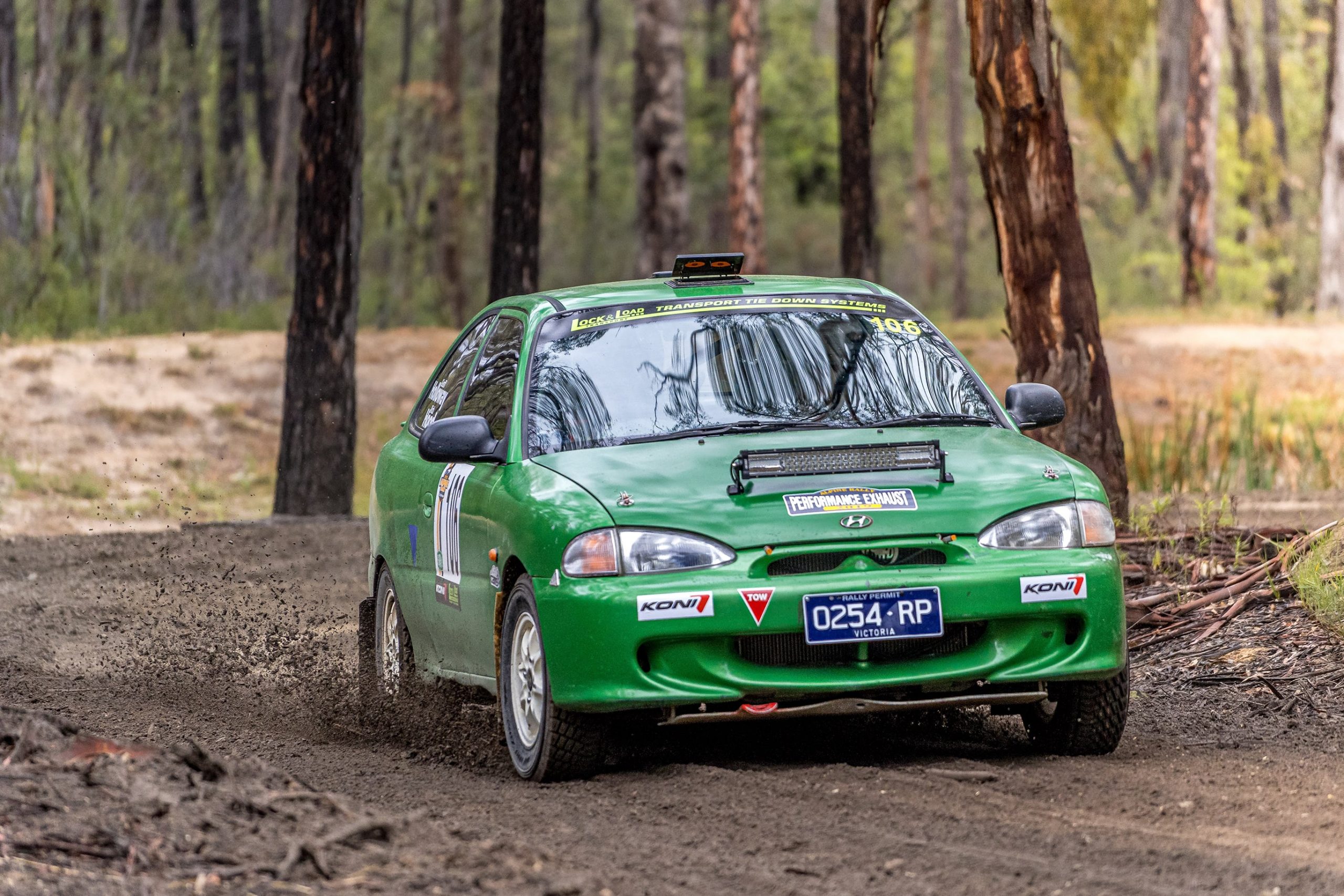 PHOTO: Holloway and Hood at the Alpine Rally

Geoff Holloway and Rick Hood are gaining traction in their bid to take on Australia’s best at the AMH Automotive Group Rally of the Bay.

After a 37-year break from rally driving, Holloway purchased a Hyundai Excel in 2019 in a bid to return to the sport he loves. The bright green pocket rocket had previously served five different owners across three states and one territory before finding a new home with Holloway in the Melbourne suburb of Templestowe.

Rick Hood stepped forward to co-drive for the 2019 season, bringing considerable recent experience to the team. 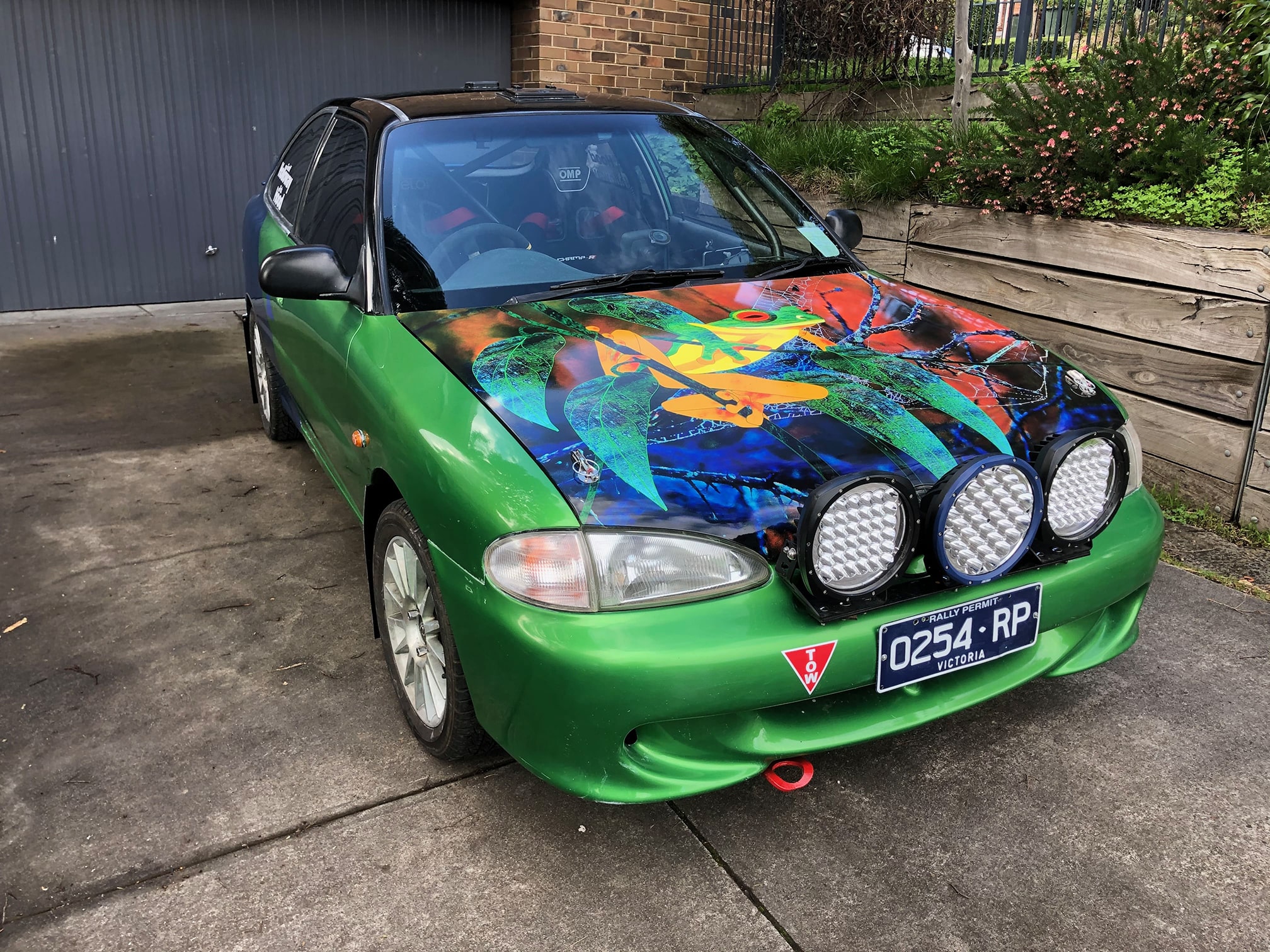 “We had a pretty bold plan for 2019,” Holloway said. “We competed in, and finished, nine events and at each event we were steadily gaining confidence, speed and reliability, generally finishing mid pack. I reckon the very fast tracks at the Rally of the Heartland in Burra, South Australia were one of the highlights of the season” Holloway recalls.

“There’s always close racing amongst the Excel gang in the stages. So much great camaraderie and support between the teams. It’s the little things make it great, like borrowing a radiator from another team so we could finish the Australian Rally Championship round at the Eureka Rush rally” Holloway added.

The 2019 season ended with the very wet and shortened Alpine Rally in Victoria, where the crew were seeded 106th in a field of 106. Undaunted by the horrendous track conditions, the team slithered through the stages to finish a highly creditable 45th.

During the extended off-season, the Hyundai Excel has had an extensive makeover featuring new paint and some fancy artwork added to the bonnet.

“Kermit, as all green cars are named, is looking pretty spruced up. Bring on the Rally of the Bay,” Holloway joked.

The AMH Automotive Group Rally of the Bay is set to take place on the 4th of July with a field of over 80 cars set to take to the roads of the forests surrounding Batemans Bay. 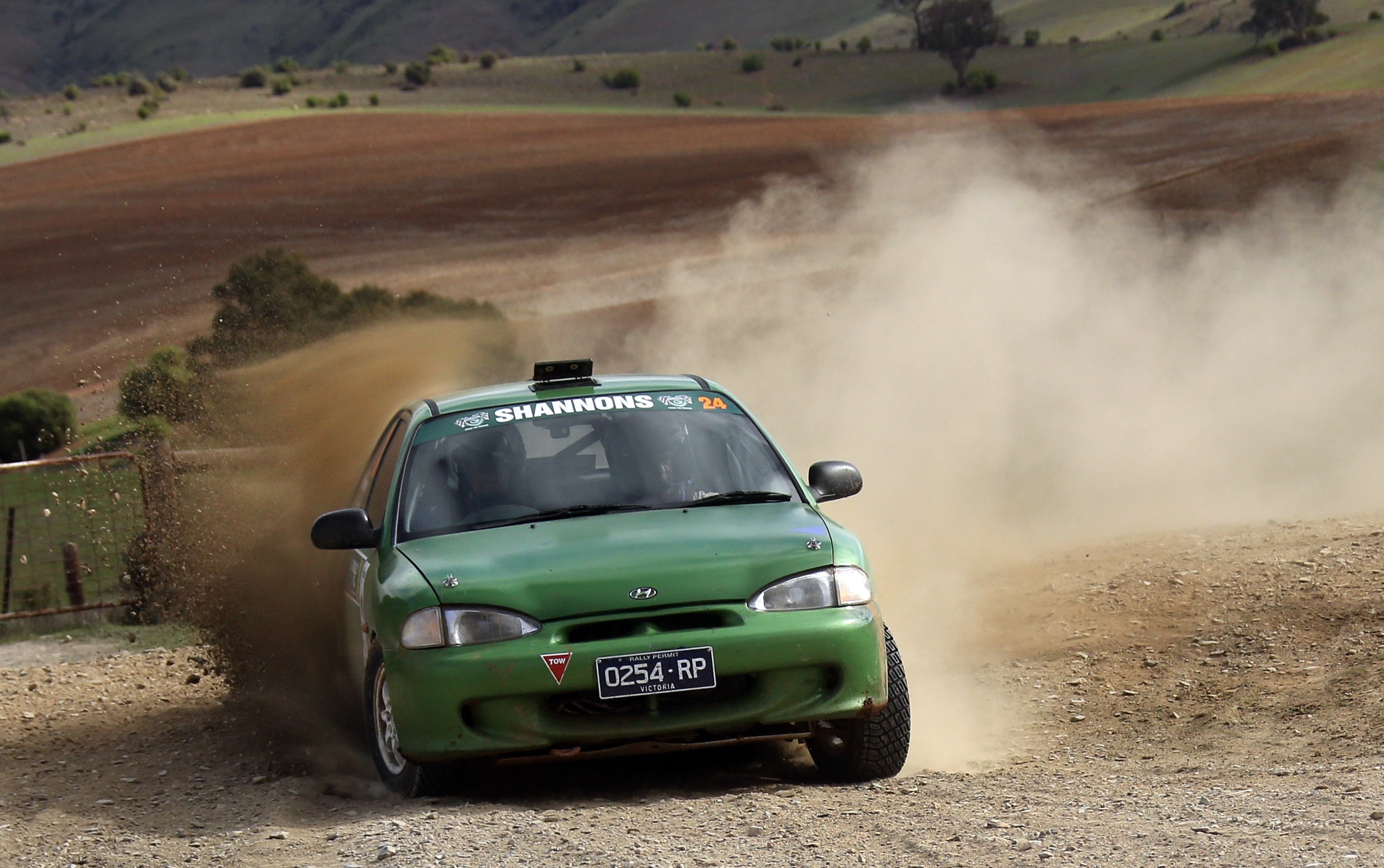 PHOTO: Holloway and Hood at the Heartland Rally in South Australia