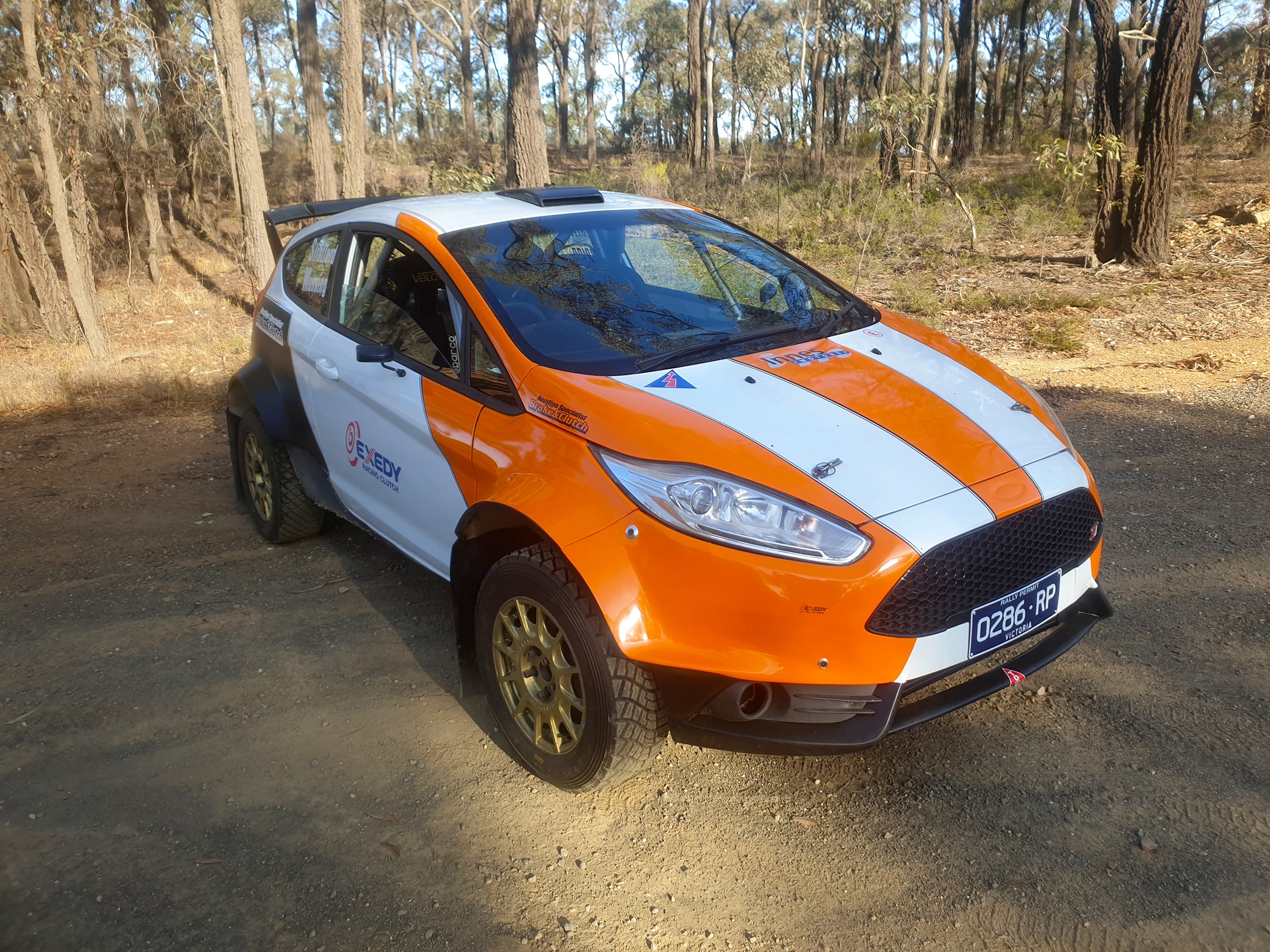 Victorians Adrian Stratford and Kain Manning will be debuting a fully rebuilt Ford Fiesta ST at the AMH Automotive Group Rally of the Bay. The car was purchased late last year and completely stripped down, with many improvements made to make it ready for the 2020 Till Hino Victorian Rally Championship (VRC).

In addition to the VRC, the team were also hoping to enter at least three Australian Rally Championship (ARC) rounds, however the COVID-19 pandemic has meant the team will now reconsider their ARC assault, with only one event likely.

Brendon Reeves assisted the team with car setup and handling, and an extensive testing regime has been undertaken to get the car sorted in time for the start of the 2020 season.

The Ford Fiesta was originally built in Bendigo for Steven MacKenzie to contest the 2015 ARC. MacKenzie had some good solid results in the car, but with limited outings, it was sold to Activ Rallysport who used it as a rallycross car.

“I was keen to buy a car and approached Justin Dowel from Activ Rallysport,” Stratford said. “I was actually interested in buying the Rally School Mazda 2 that Brendon Reeves ran in the ARC. The Mazda needed quite a bit of work to get it back into rallying condition, as it’d also been converted to a rallycross car. But it probably needed more time that I could put in before the 2020 season was meant to start.”

“While I was at looking at the Mazda, I was also showed the Fiesta and I instantly knew it was the one. It had huge moulded flares, big wide stance and an ineligible WRC wing. How could I not buy it,” Stratford added.

The car was hurriedly readied for the first VRC round at the Mitta Mountain Rally, but the COVID-19 pandemic quickly changed the teams plans.

“Me being me, I stripped the car again, put in a new rear end, made more changes in the front end, more engine performance improvements, weight distribution changes and also made changes to the differential,” Stratford said.

With Rally of the Bay fast approaching fast, the team finished the car and got it out for further testing. But the build of the car could not have been possible without the help of the teams sponsors, Exedy Australia, Zestino Tyres Australia, Bendigo Specialist Brake and Clutch, Cooldrive, and JAM Automotive.

Stratford’s rallying started back in 2018 when he attended the first round of the ARC. “It was the first rally I had ever been to and I only went to spectate. Watching the front ARC cars go past us at ridiculous speed, I decided that’s what I wanted to do,” Stratford said.

In 2019 Stratford stepped up to a full VRC campaign, but suffered a series of engine issues resulting in non-finishes. With little chance of a good outright result in the VRC, the team focussed on class results and managed to win the P2 Class, score fourth in the 2WD category, and finish the VRC in 9th outright.

The highlight of 2019 for the team was the combined VRC and ARC round at the Eureka Rally. The team finished third 2WD and was the fastest 2WD on the final stage.

The team is looking forward to trying out the Fiesta as they head to Batemans Bay next week for the Rally of the Bay on July 4th.