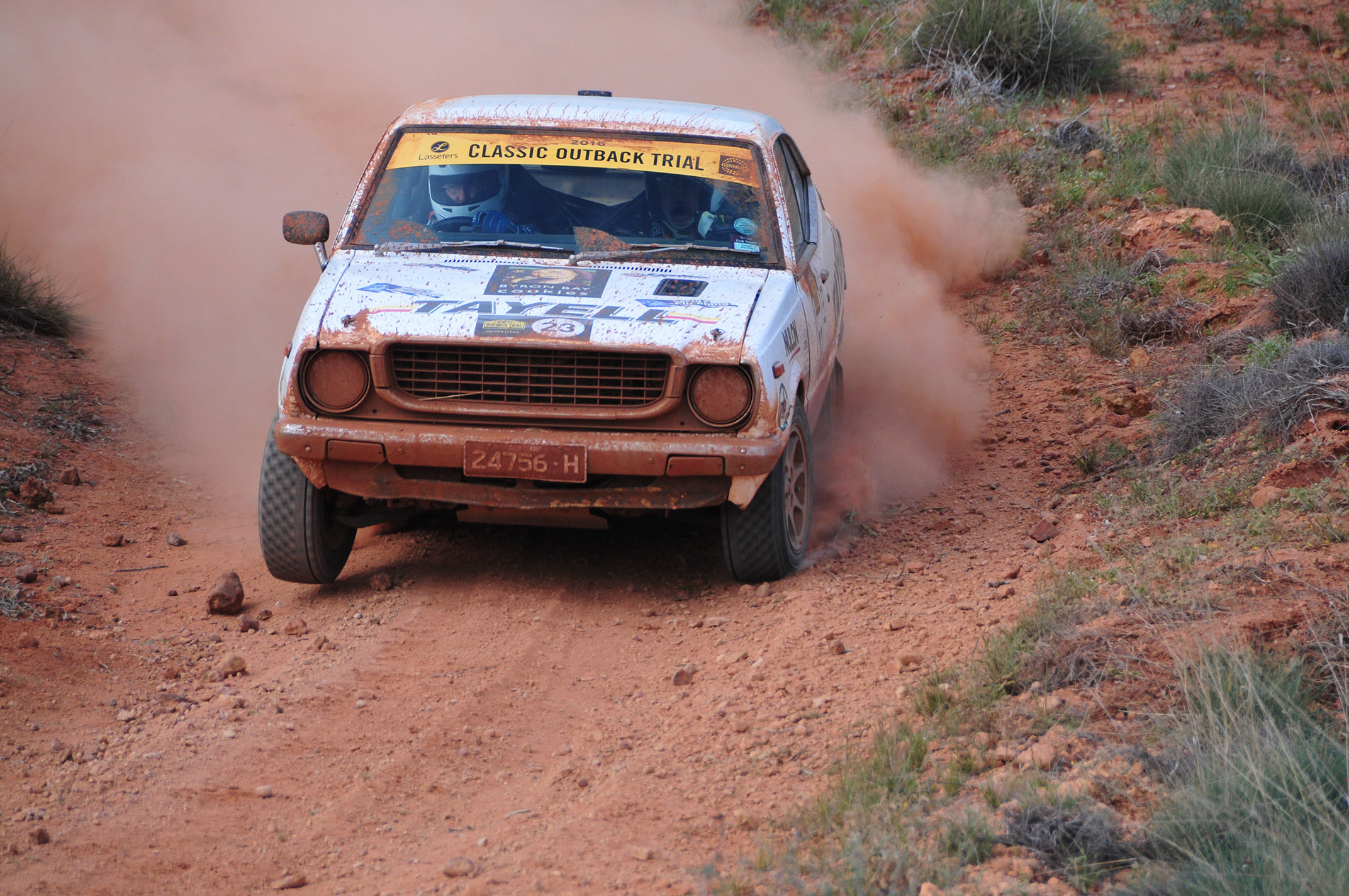 Michael Ward Rallysport is looking forward to getting back out in the dirt at the AMH Automotive Group Rally of the Bay.

Driver Michael Ward and Co-Driver John Fraser will be using the event to start preparations for this year’s Classic Outback Trial scheduled for later this year in November.

“It’s great to be able to get back into the driver’s seat,” Ward said. “We’re using this event to start our preparations for the last Classic Outback Trial (COT) which has been moved to early November,” he added.

Because the COT is a ‘blind event’, the team will be running the Rally of the Bay using the Roadbook rather than choosing the pacenote option.

“Seat time, and practice reading the road at competition speed is what’s needed for us leading up to the COT. With limited events this year, we’re grateful the AMH Automotive Group Rally of the Bay is on schedule,” Michael said.

Co-Driver, John Fraser teamed up with Michael for the 2016 running of the Classic Outback Trial where they finished first in class. Fraser was then back for the 2018 running of the outback event, as well as the Alpine Rally of East Gippsland in 2017 and 2019.

The team will be running their venerable 1976 Toyota Corolla TE37 replica built in 2013 specifically for long distance rallies. The 1600cc 2TG engine has a ‘poor man’s close ratio’ gearbox from a Lexus IS200 allowing the correct ratio for any situation. However, the smooth roads at the AMH Automotive Group Rally of the Bay won’t be giving the MCA Gold suspension its usual workout!

Ward, based in Melbourne, started rallying back in the late seventies, ‘retired’ in 1986, having completed the State Bank Discovery Trial, and then returned to the sport in 2010. He has always had a keen interest in trials and long distance rally events.

Fraser, from Orange, NSW, has been navigating since his late teens, guiding many notable drivers. He is also an accomplished driver, winning the NSW Rally Championship class N2 twice, was second in the 1996 ARC to the works Daihatsu team (by 1 point!) and won his class in the 1996 Playstation Round Australia Trial.

The AMH Automotive Rally of the Bay will be conducted in the Forest surrounding Batemans Bay on the 4th of July.